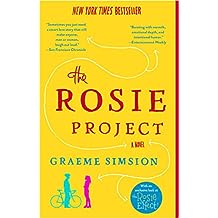 First, there was The Rosie Project.

Now, there's The Rosie Effect. It's almost funnier than the original project. Funny, with a tinge of sad and edge of hysteria.

Don Tillman, having won the affection of Rosie, now has to figure out how to stay married and to deal with the birth of a child.

Mr. Tillman is not at all average, and he himself doubts that he will make it as a father. Poor Rosie does, too, as do all the people who know him. But (spoiler alert) he eventually proves that he's fit for the job. 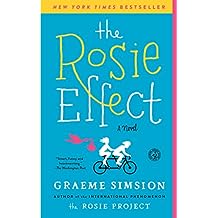 First, though, he has to figure out just what Rosie needs of him as the father of their child. It's not to take over her dietary needs and exercise schedule. It's not to design a sound-proof crib and accident-proof baby stroller. It's not to learn how to deliver a baby.

No spoiler alert here. You, Dear Reader, will have to figure out for yourself what Don Tillman figures out about being a father.

And you really, really, REALLY should read both of these books. First, The Rosie Project, and then The Rosie Effect. No kidding. You'll love them both. I promise.  Both are available from Amazon and every other bookseller on the planet. If you can't find them, let me know, and I'll loan you my copy.
Posted by Madame Elle at 5:54 PM