I was sitting in the reading room of my local library the other day, reading one of the eight or nine books I'd picked off the shelves. It was nice to get out of the house and away from the kids and all my other usual stuff. Some guy came and sat by me in the easy chair across from me and got out his laptop and started tippy-tapping away at it. Which was fine with me. Until he looked at me, out of the blue, and said, "You're quite the reader, aren't you."

I mean, really. He said that. Like he was talking to a little kid: He left out the word "little," as in, "You're quite the little reader, aren't you," but it was there in his voice.

I was really reading, not paying attention to him at all, only looked up because he was obviously speaking to me. He gave me one of those hokey smiles and waited for me to say something.

Maybe you can imagine some of the responses that came to mind but not to my tongue. I was thinking, "And who are you, the book bogey man?" Or maybe, "Ew!" (as in Michelle Obama with Jimmy Fallon and Will Ferrell last week). He was so gross, and so obviously trying to start a conversation whether I was interested or not, I wanted to say, "Is this your idea of a pickup line? Because, dude, it ain't working."

I'm proud of myself for my restraint, though: I just smiled vaguely and looked off into the space to the side of his head and said, "Mmm," and went back to my book.

But what would YOU have done, Madame L?

Ha ha! Get it? Crept out? Madame L thought you would enjoy that little joke. Of course the past tense and past participle of "creep" are usually "crept," and if you'd written that, Madame L would have thought you crept out, away from the weird guy. However, in the way you have used the word "creep" here, the past tense and past participle are "creeped."

In any case, Madame L applauds you for your restraint. Congratulations for being so polite, yet not giving in to the assumptions and intentions of a creepy stranger.

Madame L would probably have gotten up and huffed her way out of the library. She may also have said, "Ew!" (Thanks for that reference. Madame L is happy to supply the video for those who may have missed it:)

Dear Readers, do you have any other suggestions --- serious and/or hilarious --- for "Creeped Out"? Please share them by writing a comment (Comment section, below) or by sending an e-mail message (ellemadame [at] gmail-dot-com).

Madame L has been receiving other similar questions recently from her Dear Readers who aren't sure of the polite, appropriate, or deserving way to deal with people who don't get the idea of personal boundaries or otherness in general, and will be answering them in coming days and weeks.

Also, Madame L will share an incident that happened to her recently that made her wonder, "What's wrong with this person?" and ask your advice --- serious and/or hilarious.

Weird Word of the Week: Pankration

Madame L came upon this word in the Wikipedia entry about the ancient Olympic Games.

Pankration was apparently the ancient version of what we now call MMA (mixed martial arts). According to Wikipedia, it was "a combat sport introduced into the Greek Olympic Games in648 BC and founded as a blend of boxing and wrestling.

Here's the illustration from the Wikipedia article:

Posted by Madame Elle at 3:30 AM No comments: Links to this post

Weird Word of the Week: Olympics

Good morning, Dear Readers! Do you all have Olympic Fever? (Madame L capitalizes both words because they are used that way, as if they connote a disease, as in "Asian Flu" or "Rheumatoid Arthritis.")

Madame L has her own muted version of Olympic Fever: That is, she uses her handy DVR to record each day's main events, then watches them in the evening or the next day, while she is budy doing other things. That's not because Madame L has anything against the games or athletes themselves, but because she hates the commercials, long talking points, background stories about the athletes, medal counts, and slow-mo repeats of every single point and twizzle.

We all knew that already, did we not? So Madame L scrolled down to the subtitle "Ancient Olympics" to read the following:

"The Ancient Olympic Games were religious and athletic festivals held every four years at the sanctuary of Zeus in Olympia, Greece. Competition was among representatives of several city-states and kingdoms of Ancient Greece. These Games featured mainly athletic but also combat sports such as wrestling and the pankration, horse and chariot racing events. It has been widely written that during the Games, all conflicts among the participating city-states were postponed until the Games were finished. This cessation of hostilities was known as the Olympic peace or truce. This idea is a modern myth because the Greeks never suspended their wars. The truce did allow those religious pilgrims who were traveling to Olympia to pass through warring territories unmolested because they were protected by Zeus."

Madame L especially enjoyed reading these sentences: "This cessation of hostilities was known as the Olympic peace or truce. This idea is a modern myth because the Greeks never suspended their wars."

Madame L wonders if there has ever been a time in history when any big country ever suspended its wars. Or any small country. (Madame L is thinking of Venezuela and the Ukraine, which seem to be at war with their own people.)

As cynical as Madame L may appear to be about the modern Olympics and our warlike human nature, she is glad that we continue to hold Olympic Games every few years.

Next week, Madame L will write about another weird word which comes from the ancient Olympics.

Best wishes to all the athletes from every country, and particularly to all the truly amateur athletes in every little town and school around the world,

Posted by Madame Elle at 11:42 AM No comments: Links to this post

Weird Word of the Week: Flummoxed

Madame L loves that one of her Dear Readers, AKA Rhetorical Devices, signed his message "Flummoxed," which means "bewildered or perplexed" (and a lot of other synonyms).

"1837, cant word, origin uncertain, probably from some forgotten British dialect. Candidates cluster in Herefordshire, Gloucestershire, southern Cheshire and also in Sheffield. 'The formation seems to be onomatopœic, expressive of the notion of throwing down roughly and untidily.' Never let it be said that the OED editors lacked imagination."

Celebrating Valentine's Day with my S.O. 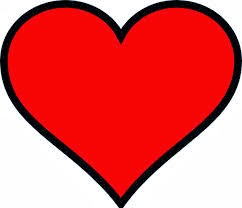 Do you have any suggestions for a Valentine's Day gift for my girlfriend?

Thanks for your nom de plume! Madame L is going to look up that word and present it in coming days or weeks as her "Weird Word of the Week."

Now, to the issue at hand:

Madame L has absolutely NO IDEA of what you should get for your girlfriend to celebrate this romantic holiday....

Except this: If you don't know her well enough by now to have an idea of what she might like, you are in deep kimchi.

If you're thinking of lingerie for her, which Madame L sincerely hopes you are NOT, since she's only your girlfriend, not your wife, Madame L suggests this wonderful "Lingerie buying guide for Valentine's Day" column, by one of Madame L's all-time favorite columnists, Gentleman Scholar Troy Patterson.  Madame L loves the way that Mr. Patterson includes arcane literary information about Chaucer's "Parliament of Fowls" and an interesting factoid about the Royal Mail.

Please note that Mr. Patterson admits toward the end of his detailed answer that his questioner is "a rhetorical device of [his] own invention."

Thus, Dear Readers, you will not be surprised, if you ever were, when Madame L invents her own "rhetorical devices," including questioners and their questions.

Posted by Madame Elle at 2:52 PM 3 comments: Links to this post

Weird Word of the Week: Kimchi

It is with deep gratitude to her Korean friends that Madame L presents this word, which refers to a traditional Korean dish of fermented vegetables, usually including cabbage. 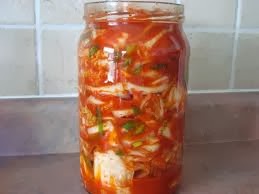 Here's a kimchi recipe that Madame L's Dear Readers can try at home.

Madame L has heard the word "kimchi" used most often, though, in the expression, "You're in deep kimchi."

From Urban Dictionary, Madame L has found this explanation of the expression: "In Korea, people would bury cabbage deep underground in a pot and put a lid over it. They'd keep the cabbage burried until it fermented and turned into Kimchi. When they un-dug it, the Kimchi would smell very foul. Many Korean war vets began to use the expression In Deep Kimchi for when they were in trouble."

Posted by Madame Elle at 3:02 PM No comments: Links to this post