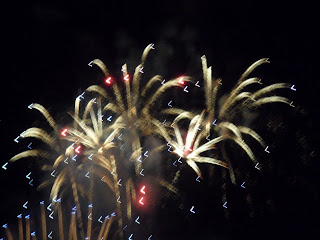 But what do you think about the Supreme Court's ruling on the Affordable Care Act (aka Obamacare)? I've heard that Chief Justice Roberts essentially wrote both opinions, the one mostly sustaining the ACA and the one trashing it. How can this be?

Do We Need a New Constitution? 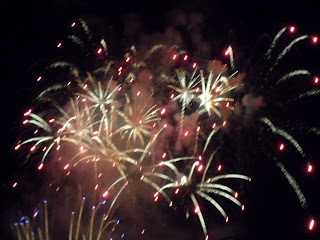 Madame L does not think we need a new constitution, but rather that we need to become a better set of citizens; we need to become involved in the issues of our time and our country; and we need to insist---by our votes, by our letters, by our volunteer work in local, state, and national politics---that our elected and appointed officials do their jobs correctly.

Madame L thinks you may enjoy a 1987 General Conference talk by then-President of the Church of Jesus Christ of Latter-day Saints, Ezra Taft Benson.

In the talk, "Our Divine Constitution," Pres. Benson pointed out that John Adams said, “'Our Constitution was made only for a moral and religious people. It is wholly inadequate to the government of any other.' (The Works of John Adams, ed. C. F. Adams, Boston: Little, Brown Co., 1851, 4:31)."

He added, "If the Constitution is to have continuance, this American nation, and especially the Latter-day Saints, must be virtuous."

"I reverence the Constitution of the United States as a sacred document. To me its words are akin to the revelations of God, for God has placed His stamp of approval upon it.

"I testify that the God of heaven sent some of His choicest spirits to lay the foundation of this government, and He has now sent other choice spirits to help preserve it.

"We, the blessed beneficiaries of the Constitution, face difficult days in America, “a land which is choice above all other lands” (Ether 2:10).

"May God give us the faith and the courage exhibited by those patriots who pledged their lives, their fortunes, and their sacred honor.

"May we be equally as valiant and as free, I pray in the name of Jesus Christ, amen."

Madame L has said before, and will say again, that as responsible citizens who want to ensure a viable future for our country we must, must, must become involved in politics. Madame L hopes you will do what must be done toward this end. Even if you disagree vehemently with Madame L on political and social issues, she hopes you will make your views known and vote your conscience.

Happy Fourth to you, too,

It all comes down to who pays the most. This upcoming election is already being called "The billionaires election" - with Citizens (sic) United, and people unwilling to read what's going on, there is every possibility that this will be the first "bought" election.

Our congresswoman signed a pledge to someone not in our constituency - a commitment that governs her votes in Congress.