If you are one of the large majority of people who have never played Texas Hold ‘Em, Nate Silver’s book “The Signal and the Noise” has a wonderful chapter on how to play the game - and even have an edge when you play it. He also shows how chess masters think, and how to increase your edge when playing with your kids... until they succeed in learning from you.

Silver shows (in a very engaging, and extraordinarily well-footnoted book), why just understanding a system, and having access to a lot of data, aren’t always particularly helpful. Recall the second key word of the book’s title: noise. Even if we do everything very thoughtfully, the edge we can get from (a) understanding the processes underlying a system, and (b) having sufficient data to process and sift through - may still be small. This is because there is always noise in all data, and this is especially the case when there is a lot of random noise. In weather forecasting this is natural climate variability. In the case of poker, we call this luck.

In poker, you can push the statistical envelope, and, if you work very hard to understand the game enough, and if you can count the cards and read other human beings sufficiently to win fairly consistently, you can actually make a living. Silver did this for several years, and a real eye-opener in this book is how the inner world of professional poker really works. But the edge you might expect from being very careful and very observant might mean the difference between winning 52% vs. 48% of your hands. If you played tightly to the 52% standard (and very carefully suppressed your ego), you could still lose a night or two. Some of those losses will be big, which means you must also have a resource base to weather something like this (and a certain fearless kind of mind). This is not unlike having a year’s supply of food and savings against a natural disaster or a deep recession. In the longer course of events you would still average out to be a winner.

Silver played professional poker for several years, until he came to slowly realize that his winnings were not paying  a particularly high hourly wage. There were always better players out there who, through a combination of experience, observation (psychology, history, reading the body language of the other players), and probabilistic awareness, could consistently do better than him. Not beat him - but do better than him, which is not the same thing. Silver spent a lot of time later interviewing several of these professional poker players, including Tom Dwan, one of the most famous, and a crucial piece of information comes out here. Success for the 52% of players depends heavily on a large quantity of 48% players pouring money into the game. In other words, you need rubes. You can only make a living if there are a lot of people who come into the professional poker world thinking that they have the only system that will work - thinking that they are smarter than anyone else. Rubes. 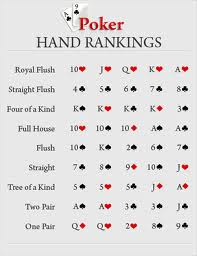 My dad did this during World War II. From 1942 to 1945 he was stationed in England, where for part of the time he sat at a teller’s window every second Friday and doled out cash to soldiers. He also played poker. Predictably, immature people (most of the young soldiers) were not very wise yet on how to manage their money, and as the saying goes, “it was burning a hole in their pockets” (their food and housing and clothing were “free," so a crucial incentive was missing).  My dad and one or two other older men (he was 28 and married twice when he arrived in England on the Queen Mary in 1942) would set up poker games the evening of every payday.

Poker eventually came to figure in my own life, as my dad taught my sister and me to play. I learned by the time I was 5 that you can’t play poker with three people - four is a minimum. So my dad spent a lot of time teaching me how to shuffle, how to manipulate cards, and so on, until my little sister was old enough to play. I learned useful stuff: I arrived at Berkeley with an ability to flick a card at high velocity into the forehead of the guy playing bridge across the table from me: "That was a really stupid bid, Randy."

As my sister and I grew older, we would visit our dad in Sacramento. We spent our days swimming in the apartment pool, and doing a lot of reading while Dad was at work; I read Alexander Siemel’s book “Tigrero” (about a Latvian who learned tohunt Jaguars in the Brazilian jungle with a spear) once every single summer for about 10 years. Through Amazon (an interesting name in this context), I found a used copy of this long-out-of-print book, and have it on my bookshelf here beside me. (I did NOT pay $147 for it!) 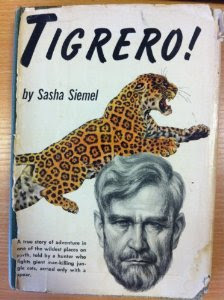 During the evenings, we played poker. No money was involved, just chips that we all started out with at the beginning. Under Dad's tutelage, I got to be very good at poker - I developed the card memory that later served me well when I got to Berkeley and started playing bridge. I learned a probabilistic way of thinking.

This all turned out to be both a blessing and a curse. I worked my way through undergrad school in Berkeley by fighting forest fires in the summers and washing dishes during the school year. When we weren’t actually fighting forest fires, we summer hires were given hard physical work assignments - do the clean-up and maintenance things around the mountain fire-station, stuff that had accumulated during the previous 9 months. I got to be very good at building stone walls with cement, and cutting down weed forests. I got reasonably good a burying a dead bear (we did it twice to the same bear). 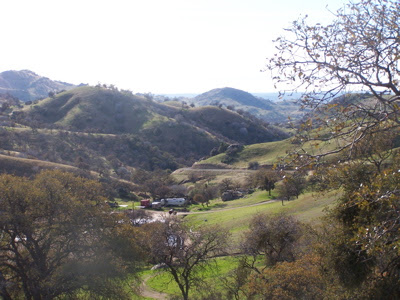 But in the evenings I wanted to read. The first summer, this was not a problem, because there were four of us “Suppression Crew” (summer slaves) and at least three of the regular fire station personnel: a Captain, an Engineer, and one or two Firemen. The second year I fought fires, I was stationed in a smaller station with just four of us present. Three of us were not book-readers, and the TV antenna was almost worthless in the mountain hollow where the Woody station was located. Remember, three people can’t play poker... but four people can, and I was forced to play poker all summer long. I exacted an initial agreement: penny ante and nickel limit (the bare minimum money possible). Nevertheless, I was the 52% guy, and at the end of the summer I had accumulated a pot of over $10... and was not liked by the other guys. They also didn’t much care for my cooking, either, which I did to avoid washing dishes. It consisted of a lot of pinto beans.

A bookish kid and three rubes. I returned to Berkeley at the end of the summer and have never played poker since.

Next: Panties and Bayes Theorem
Posted by Madame Elle at 10:02 AM

Also very interesting. I like the explanation of rubes. Probably I should've already known what that was, but I didn't. So, anyway, I think that principle can be applied to many things in our lives. Governments and societies comes to mind.