Darwinism Vs. The Second Law of Thermodynamics

One of the arguments that self-proclaimed creationists use against Darwin's theory of evolution is that it violates the second law of thermodynamics, which states that when energy is transformed from one form to another in a closed system, entropy increases and energy decreases (Wikipedia definition).

In other words, I think the creationists are saying that God had to have created the earth because it takes some energy or power to create; that form cannot emerge from un-form, that order cannot emerge from disorder, without that input of energy.

However, this argument neglects the fact that Earth's thermodynamic system is not a closed system: sunlight is continually providing energy that is transformed into life-sustaining functions. 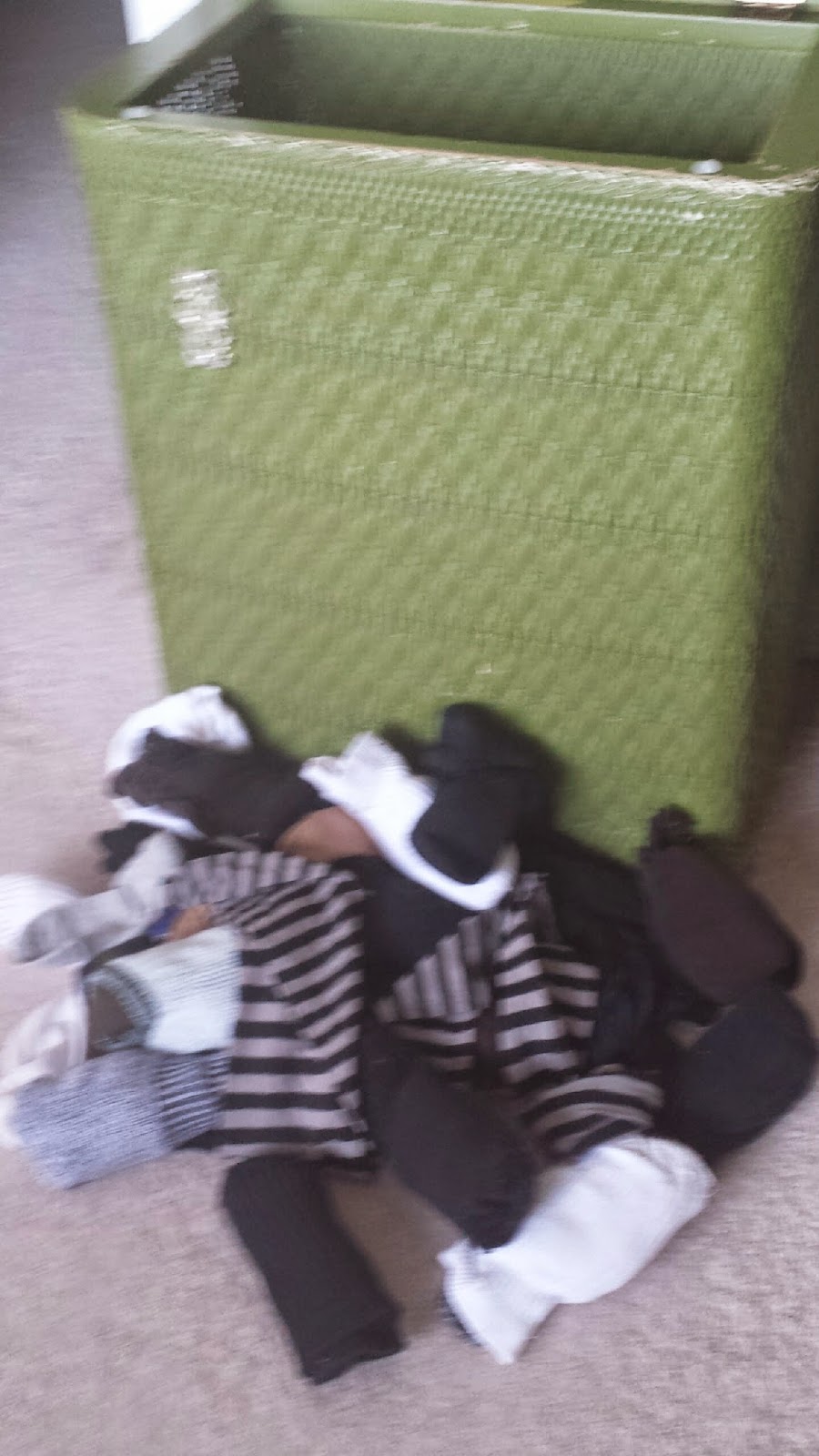 Is this photo a good illustration of entropy? These socks will stay where they are, or become even more disordered, unless someone picks them up and sorts them out and puts them away. (But there IS something wrong with the picture. Can you guess what it is?)

I will be writing more about some of the arguments creationists have used to try to disprove Darwin's theory of evolution.

I'm writing about this whole idea of science and religion not to call names on either side but to explore the arguments both sides use to try to prove their points.
Posted by Madame Elle at 10:30 AM

Ummmm. The socks are already sorted and paired?