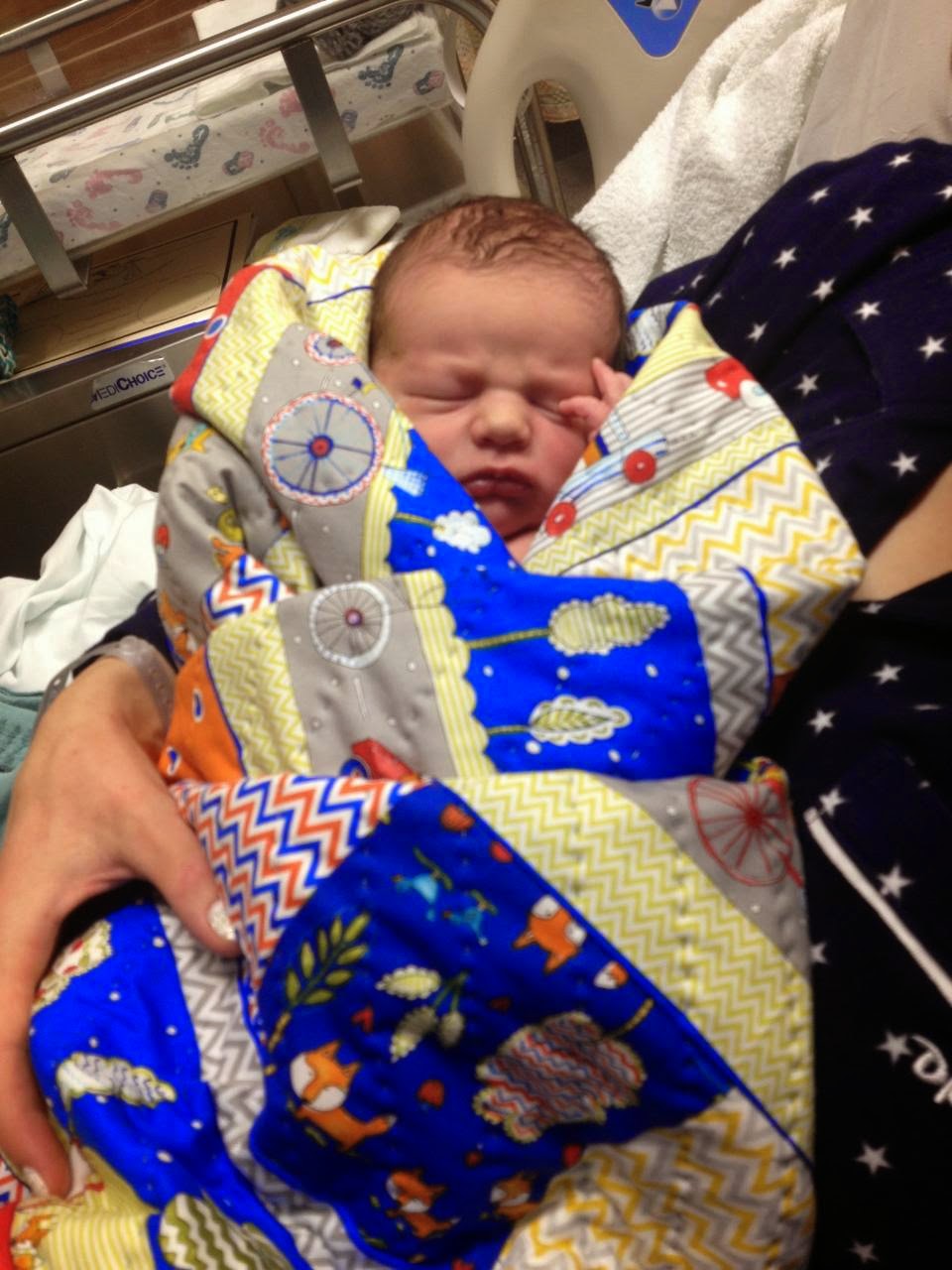 Little Samuel joined the rest of his excited and loving family last Saturday, December 27. In this early photo, it looks like he's saying, "Hey, can't you turn off those bright lights and let me go back so sleep? I've just been doing some really hard work, and I'm tired." Samuel's parents are providing the very best care for him. He can be tired, get hungry, cry, smile, and laugh, and eventually grow up to be an amazing person because of the love and care that surround him.

Meanwhile, a couple about 765 miles to the west of Samuel's birthplace was in court trying to explain why they shouldn't go to jail for the rest of their lives for letting their own newborn baby die.

Both parents are meth addicts, the mother so addicted that the baby was born addicted. The mother and father delivered the baby themselves so they wouldn't have to go to the hospital, afraid the baby would be taken from them if they went there. The parents used ".... a clip from a bag of chips to cut the umbilical cord and later a metal hair clip to hold the baby's bellybutton in place," according to news accounts.

In her short (12-hour-long) life, the baby girl was carried around a Portland neighborhood by her parents while they stopped by a couple of convenience stores, a Dollar Store (where they bought a baby bottle), and a Safeway, before they went to a friend's house. When the parents realized the baby was in distress, the mother put the baby's head under water "to try to revive it" and the father wandered around looking for a mirror so he could see if the baby was breathing. Finally someone called 911.

The parents were correct to be worried that the state would take their baby away from them. This baby was the mother's sixth child; all her previous children had been taken from her because of her long-term drug use.

I'm writing about this not to work anyone up into tears for this poor baby or outrage toward her unfit parents (though if you feel that way, join the crowd), but to discuss the question of God's fairness.

Some people seem to think the fact that there are incompetent parents, abused children, bullies at school, banks that cheat their customers in order to make big bucks for themselves, countries that mistreat their own people and start conflicts with other countries, and in fact any kind of unfairness or suffering in the world means that there is no God, or that there is something "wrong" with Him.

But clearly our Heavenly Father lets people do the horrible things they/we often do, hurting ourselves and the people around us, even killing each other, not because He is insufficient as a God, or incompetent, or uncaring.

God lets us make these mistakes, and do the many good and kind things we do, because He wants us to learn from our own experiences. If He made everything perfect and easy, how would we advance in knowledge?

So I cried when I read the newspaper account of the little baby, sixth child born to a meth-addicted mom, who died because her drug-addled parents were incapable of caring for her. But I didn't blame God.

(This post originally appeared on Aunt Louise's blog. I'm posting it here, as well, because I'm going to be writing more about this topic in the near future.)
Posted by Madame Elle at 11:30 AM

It all comes down to two understandings:
1. The first of the Great Gifts" Agency. We cannot grow if if we don't have agency.
2. The second understanding is that we have existed for billions of years, we WILL exist for eternity, and this mortal or baryonic sojourn is a necessary but very limited interval that is needed for that transition. If it's short, like baby #2, it is mercifully short - but necessary.